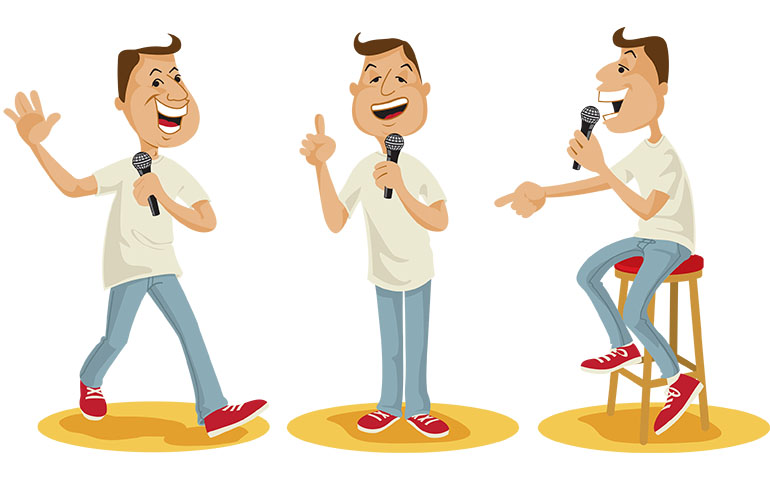 Robin Williams and Your Estate Plan. What Might They Have In Common?

My guess is that anyone who ever saw Robin Williams, a native Detroiter, loved his comedy, his spontaneity, and his ability to make us laugh. He was a master of improvisation and often reminded me of my other favorite comedian; Jonathan Winters, who was a huge influence on Robin Williams. Sadly, both also fought mental illness. Regardless, they are both comedic geniuses and will be greatly missed because laughter is so important in all our lives!

My deepest condolences and reverence are extended to Mr. Williams’ family and friends and I intend no disrespect in this article. However, a failed or faulty estate plan is not a laughing matter. So, what can we learn from the death of Mr. Williams as it pertains to our own lives and in particular our very own estate plans?

After news of Mr. Williams' death became public, it didn't take long for details of his personal life, particularly the trust documents he had set up for his three children to wind up in the tabloids, on the Internet, and gossip websites. Privacy is everything, especially for celebrities. But we often forget that they are human beings, just like the rest of us. For them, attending to details may often be left up to someone else or they simply don’t get around to it themselves; just like us! Or, just like us, they simply don’t know what they don’t know.

The glaring issue here is that trust documents are supposed to be private. Many trustmakers create trusts to avoid probate and the court. That is one of the many advantages that a trust has over a will as a will goes through probate court, where it's immediately in the public domain. Trust documents’ ending up in court or all over the Internet is not supposed to happen.

In brief, the facts as I understand them are that Mr. Williams had named two trustees in his trust(s) (people or companies that will administer the trusts) and the trust language stated that two trustees would be required to act at all times – co-trustees. Unfortunately, one of those trustees pre-deceased Mr. Williams, leaving only one. A second trustee was never appointed by Mr. Williams. Thus, after Mr. Williams died the remaining trustee was forced to petition the Superior Court of the State of California in Los Angeles to obtain authority to appoint a successor co-trustee because the originally designated co-trustee had passed away in 2008, and as noted in the court petition, “The trust instrument is silent on the occurrence of the death of a co-trustee and the failure of such trustee to designate his or her successor.” One trustee could not act alone, so court authority was the only option, and court involvement means public domain. So, as a result Mr. Williams private trust documents become front page news for the tabloids and are on the internet.

The courts — and the public disclosure of Mr. Williams trusts — could have been avoided with a little simple updating and planning. Here are two clear solutions: 1) keeping your trust updated regularly, and/or 2) the use of trust protectors.

Estate Plan updates: had Mr. Williams simply contacted his estate planner, or better yet, aligned himself with an attorney that offered on-going plan update and maintenance he would have easily eliminated this eventual problem and preserved privacy. Estate plans, unlike fine wine, don’t improve with age! Select an estate planning attorney who offers an on-going client update and maintenance program designed to prevent future estate plan problems or failure.

Trust protectors: are becoming more popular in the estate planning context as clients become more aware of the benefits of having them. A trust protector can step in and name a successor, or a successor co-trustee as in the case of Mr. Williams trust, so that there would be no need to petition the court, or to solve other problems that arise during a disability or after death of the trustmaker. A trust protector can be an attorney, accountant or even a trusted friend who has the power to appoint or remove a trustee, correct drafting errors, omissions, protect beneficiaries, etc. By selecting an estate planning attorney that provides personal counseling designed around your unique family you can designate a trust protector to foresee and correct any future issues. A well drafted revocable trust should already have the trust protector language in it. Most fill in the blanks, word processed trust documents will not have this level of needed comprehension.

A little planning now means a lot to your loved ones then. Nanu Nanu!